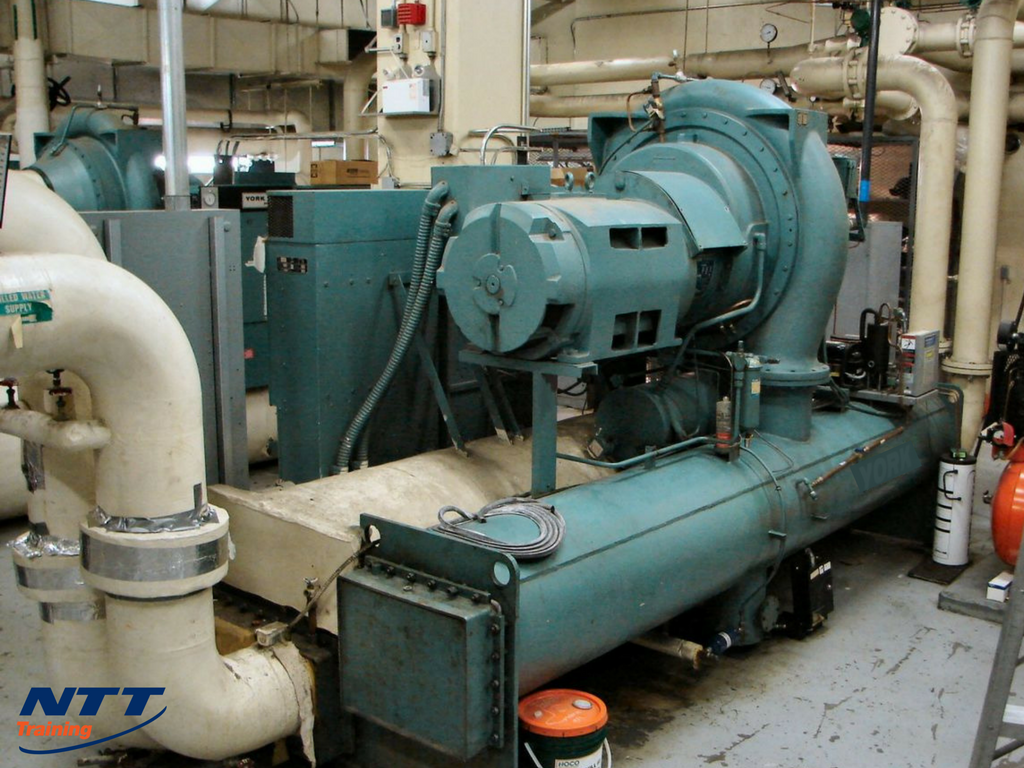 Chiller Safety Controls Your Workers Need to Know About

Temperature and humidity conditioning systems were first used in Brooklyn, New York at a printing plant. Back then, they were used to control humidity and temperature fluctuations that were causing printing problems in the printing plant. Later, the air conditioning concept was adopted in other industries for the provision of better working conditions for employees where they altered atmospheric conditions in such a way that they made air conditions within places cooler or hotter than the outdoors.

Nowadays, Heating, Ventilation, and Air Conditioning (HVAC) systems, including chillers, have become common in almost all working places including large industrial plants. However, as beneficial as these systems are in enhancing human comfort, they can become a hazard if operated in the wrong way.

Many people are unaware of the safety controls and procedures that should be followed when operating them or working around them. As an employer, assuming that your employees are aware of the safety codes can cause you high losses and, thus, it’s necessary to make certain that each and every employee knows how to stay safe around them whether they are HVAC technicians or simply employees working in other departments.

Chillers are of different types and play an important role in air conditioning systems, which are used in various applications including bringing down temperatures in large buildings, cooling ice hockey floors, freezer sections in the grocery store and massive industrial setups such as food processing plants and petrochemical refineries. In most of these cooling systems, vapor-compression refrigerators are the ones that are commonly used, where a refrigerant is used. The refrigerant is a fluid that changes from a liquid to vapor and vice versa from time to time. When it’s in the form of vapor, the fluid absorbs the heat that is in the surroundings and then releases it to another location once it converts to liquid.

The physical form of the fluid determines the temperature and pressure of the system and the rate at which the conversion is supposed to take place for a specific cooling effect to occur. It, therefore, determines the efficiency of the entire refrigeration system. Anhydrous ammonia is used in most of the cooling systems that exist today since it’s efficient and effective when used in large industrial systems, has little effect on the environment, and any spill can be easily identified due to its strong odor.

Dangers of Lack of Training on Safe Use of Cooling Systems

In a large system, it’s likely that there’ll be a high amount of ammonia. In case the refrigerant meets water or any impurity, piping would be obstructed resulting in inefficiency, which could result in other problems within the system. The physics that is utilized in this type of setup dictate that the ammonia must be under high pressure and for this to happen the refrigerant must be plenty. Any spill would mean that the place where the cooling system is at would be exposed to large amounts of ammonia thereby exposing the people around to serious harm.

Usually, a chiller consists of a compressor, an evaporator, and condensers. Each chiller requires different setting that corresponds to the load for maximum efficiency. Every chiller usually has safety controls that are designed to protect the cooling system from harm because of low refrigerant temperature, low oil pressure, or high condensing pressure.

Some of these controls include capacity controls, which maintain the temperature of the chilled water, refrigerant flow controls that are set in correspondence with the compressor used, and other mechanical controls. In the event that these controls fail, the system can be set to shut down to avoid serious machine damage that could affect the health of those around.

The chiller is what controls the refrigeration system and acquiring knowledge on it will ensure safe operation of the cooling system as a whole. Safe operational training will ensure that workers are equipped with important knowledge about cooling systems. The training goes beyond the safe handling of equipment used on cooling systems and employees will benefit greatly and so will the firm in the end. Every employee who goes through this training will be in a position to safely handle all cooling equipment whether it’s modern or traditional since the training will focus on both new and old systems.

If you feel that it’s important to take your employees through this training, consider enrolling them into the NTT Training course on chilling systems operation and maintenance. The training is conducted in very conducive terms so that everyone who chooses to participate in the seminar can do so comfortably. Feel free to contact us at any time for more details.