NTT Inc. - Fluid Power Certification Programs: Which is Right For My Workers? 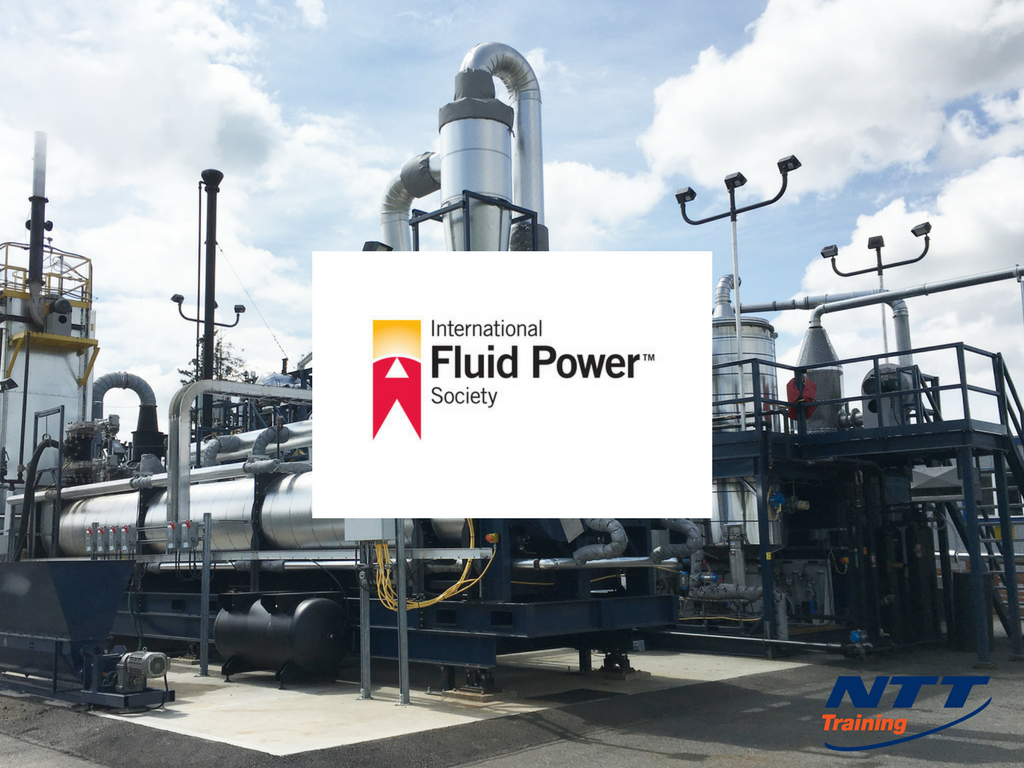 Fluid Power Certification Programs: Which is Right For My Workers?

Fluid power refers to the usage of fluids, which are pressurized to generate, transmit and control power. Fluid power is divided into two categories; hydraulics and pneumatics. Hydraulics involves usage of liquids such as water or mineral oil, while, pneumatics involves the use of gases. Initially, water-pressure and compressed air systems were used in the transmission of power from a central point to other industrial users over a wide geographical area. Today, fluid power systems are used within one building or within a mobile machine.

How a fluid power system operates

In a fluid power system, there’s usually a pump, which is driven by a prime mover. A prime mover may be an internal combustion engine or an electric motor. The prime mover facilitates the conversion of mechanical energy into fluid energy. Valves control the movement of the pressurized fluid and direct it to a pneumatic cylinder or hydraulic cylinder depending on the fluid used.

There are many machines in different industries that use fluid power for them to operate. For instance, mobile excavators use hydraulic systems, while, automated manufacturing lines use both hydraulic and pneumatic systems to move different tools.

It’s possible to use any fluid, gas or liquid, in a fluid power system provided it can be made to flow or flows naturally. Water was the first to be used in the systems and this is why liquid systems are referred to as hydraulics. In today’s terminology, the term hydraulics describes a circuit, which uses mineral oil. Water was replaced by other fluids such as oil but started making a comeback during the 90s. Today, there are fluid systems that prefer using seawater to other fluids.

Some industries also opt for compressed air to power machines. After being compressed seven to ten times, atmospheric air flows easily through tubes, pipes or hoses, thereby, enabling the transmission of energy. Atmospheric air is widely used for pneumatic systems since it’s readily available. Other gases like argon and nitrogen are also used. However, these gases are rarely used because it’s very costly to produce or process them.

Fluid power motors and cylinders possess high-energy potential and are compact. It’s, therefore, possible to fit them in small places. They are incapable of cluttering the machine and these devices can be kept for long periods. They are also reversible and they can easily change their speed. Another advantage of these systems is that they can be used to replace mechanical linkages at a cost that’s relatively low.

If the circuit’s designed professionally, the valves, power source, actuators require little maintenance in the future. With good installation, very little money is used to cater for maintenance and rectification. Using fluid power is generally cheap.

Which employees should receive fluid power training and certification?

Among the three main methods used in the transmission of energy, electrical, fluid power, and mechanical, fluid power is the one that very few people in the industry understand. Most plants have few employees, if any, who are directly responsible for fluid power maintenance and design. Often, you find general mechanics maintaining fluid power circuits in companies. The distributor originally designs most of these circuits and once they are out of the picture the work is left to the mechanics.

In many facilities, the work of operating fluid power systems falls in the job description of mechanical engineers. However, mechanical engineers usually receive very little training in fluid power when they are in college. This means that they have a hard time operating the systems since they don’t possess the knowledge required. They are unlikely to deliver despite them being given the responsibility.

The Importance of Fluid Power Certification

With modest knowledge in the systems and many other responsibilities at the workplace, the engineer prefers to have the fluid power distributor do most of the work. Since the distributor is well versed in the system, they will be happy to assist in the start-up and installation. However, after the distributor leaves, there’s no one with enough skills to manage the system effectively. Most engineers will end up replacing the fluid system with other methods, which might be more expensive.

Therefore, it’s important for mechanical engineers working in various plants to receive fluid power certification, especially fluid power connector and conductor certification. The engineers should receive this training immediately after joining the company since college education only touches on the general information and doesn’t go into detail.

If you’re an employer and would like the mechanical engineers working in your firm to receive Fluid power certification, consider taking them through the NTT Inc. fluid power connector and conductor certification. If you have any query concerning the training, feel free to connect with us today.