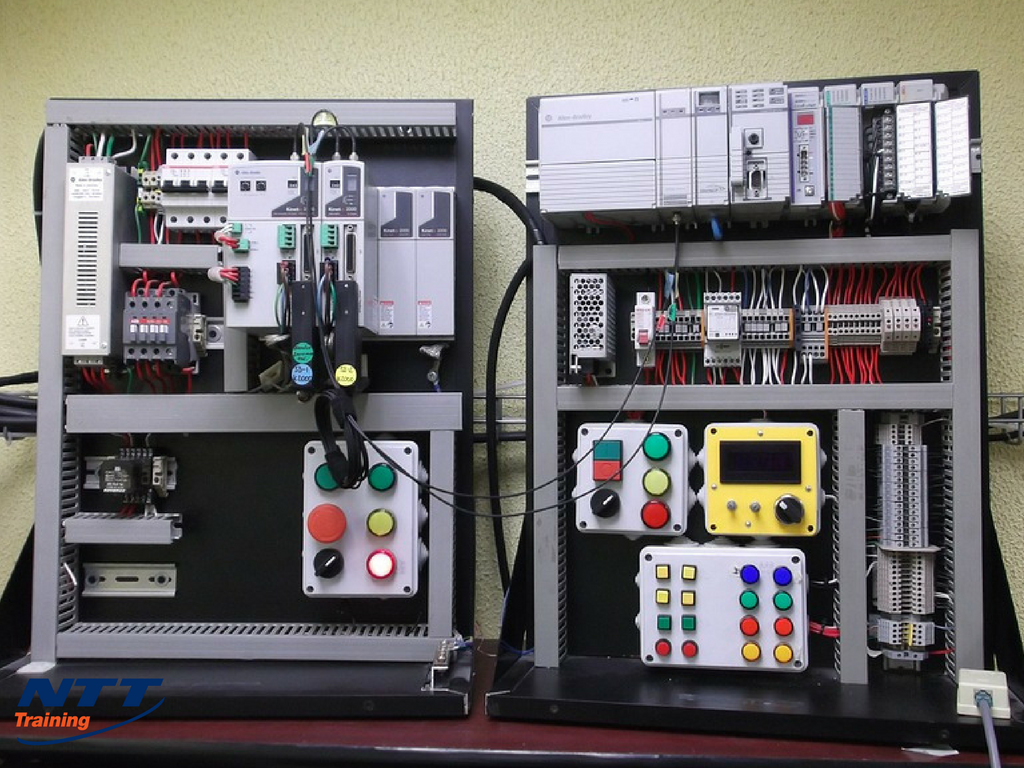 Automation is all around us, particularly if you are in the manufacturing industry. Even though technology advances have played a role in eliminating some jobs, they have paved the way for new and more technical jobs. Part of these new jobs is PLC programming, and it is experiencing rapid growth and massive opportunities.

PLC’s were created during the 1960’s. This was a time where control rooms were up to the brim with terminal blocks, large amounts of wires, and numerous relays.

This meant that engineers regularly faced issues such as:

The phrase ‘5 hours to find and 5 minutes to fix’ was coined during this era. In 1968, Bill Stone who was an engineer at General Motors presented the design for a ‘standard machine controller.’ This invention promised to reduce the machines’ downtime, was expandable, had full logic capabilities, and was durable.

Three years later, some Allen-Bradley engineers completed the design for their new controller, which they called the ‘Programmable Logic Controller.’ At that period, about seven companies were in a race for control of the new market, which was rapidly expanding.

What is a PLC?

A programmable logic controller is a device that you can program to perform a sequence or series of events. The events are activated by a stimulus (known as inputs) which is received at the PLC through delayed actions such as counted occurrences or time delays.

Once an event is triggered, it is actuated by simply pressing on a switch of the control unit. A PLC usually continues looping through its user-defined program by receiving input and giving output at the specified program times.

PLCs were developed as a replacement for automatic control systems, which utilized hundreds – and occasionally thousands – of hard-wired relays, rotary sequencers, and motor driven cam timers.

Often, a single PLC is programmed to replace large numbers of relays and timers. PLCs were first befriended and utilized by the automotive industry, which allowed software revision to replace the tasking job of rewiring control panels whenever a new production model was being implemented.
Many of the early PLCs expressed their decision-making logic in a format referred to as Ladder Logic, which is very similar in appearance to electrical schematic diagrams.

Of course, this resonated with electricians of that era. In addition, this was a major reason for this program notation being chosen as it reduced the training time for those technicians.

The Future of PLC Automation

As more customers desire high-quality goods at lower prices, automation is necessary to reduce the cost of human labor. In addition, PLC systems improve the precision and efficiency, and they continue to be rapidly adopted by companies.

A topic of debate in the industry is the viability of PCs as compared to the PLCs in the manufacturing environment. The strength of a PLC lies in its ability to make decisions and communicate in real time. Additionally, PLCs offer more protection against unauthorized access than PCs. With more factory processes adopting automation, the demand for PLC technicians is on the rise.

One of the key advantages that a PLC has over traditional relay controls is that it is easier to troubleshoot. Additionally, you can create programs for the PLC offline. This enables you to test the program before installing it, which helps prevent costly errors. It is also easy to observe the outputs and inputs of several devices.

Lastly, once you comprehend the basic flow of ladder logic, you will be able to understand how to code and program your PLC.

As automation continues to creep deeper into all aspects of our daily lives, the need for PLC technicians and programmers continues to grow. Trained PLC technicians are no doubt an asset to any organization. NTT training provides high-quality training to employees with the aim of making them more productive. Contact NTT Training today and enroll your staff for this PLC training seminar.